Our website uses cookies to direct you to your local Lifewords site and remember your preferences.  Find out more
Accept
Home / Blog / Ronaldo* in Rio

According to UNICEF it is estimated that 140 million children worldwide are orphans. Just four months ago in Brazil, five-year-old Ronaldo* and his sister Sonia* became part of this number. Pavement Project Director Clenir dos Santos, explains.

Rita* – late mother of five-year-old Ronaldo and two-year-old Sonia – grew up in one of Rio de Janiero’s poor communities. There she attended church services, but later became part of an ancient African religion called Candomble where she met a new partner. In November 2017 after just 11 days of living together, he murdered Rita at home in front of her two children. The police laer discovered that the act was part of a religious ritual.

After witnessing the death of his mother, Ronaldo was introduced to a Pavement Project worker. 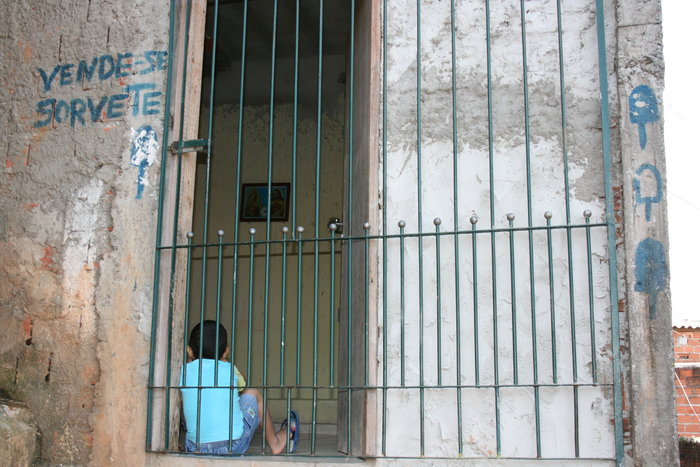 Ronaldo was unable to eat or sleep and refused to talk about what had happened. Eventually, he expressed that he felt like ‘an evil zombie’ or ‘a terrible monster’, because he couldn’t find the door key for his mother to run away when she had asked him to unlock the front door that night. He felt great guilt for what had happened.

During her conversation with Ronaldo, the Pavement Project worker felt heavy with emotion and took out a picture card from the green bag. It was the story of Jesus healing a paralysed man. After this, they spoke about what it meant, prayed together, played with toy blocks and then focused on a different picture card. Ronaldo told the worker he was “happy to see Jesus taking care of the child.” Later Ronaldo’s grandmother told the worker that Ronaldo had fallen asleep more quickly that night.

Since then both children have been taken into care by their father. Please pray that Ronaldo and Sonia receive God's peace of mind and heart, and are no longer trapped by fear or guilt. Pray too for women and children around the world who experience domestic violence, and for laws that will bring protection and justice to the vulnerable.

Please help us train more Pavement Project workers and volunteers to minister to children with wisdom, trust and compassion so they can meet Jesus through the Bible stories they hear, and trust him for their future.

*Names have been changed.